After the dust settles

From the months of head scratching and preparation, the 2016 Chelsea Flower show is over. However, rolling back the clock, the two weeks before the opening by the Queen meant we had a lot to do.

The garden ‘Gods Own County’ sponsored by ‘Welcome to Yorkshire’ and designed by Matthew Wilson was the biggest show garden at the Chelsea Flower Show 2016 and unlike most show gardens where you start with a level area of ground, the garden had to be ‘inserted’ into a large grass bank.

For us, it was a big challenge and an unusual one at that; lighting during the day! As previously mentioned in our blog ‘Doesn’t time fly’ we had to illuminate three large stained glass windows. This meant that we had to go further than using our tried and tested light fittings and look to more powerful lights that could combat the sun…..no mean feat.

We turned to an industry where lighting is vital; film making. The film industry use some extremely powerful lights and this was going to be the way we had to go. With a limited area to work with we had to look for a small light fitting but extremely powerful. Eventually we settled for ultra-high powered LEDs.

Unlike most LEDs, these use a lot of power and after a short while, they get hot too! We had to employ some serious power supplies to cope with the demand which also meant that we required our own shed to house all of the equipment. 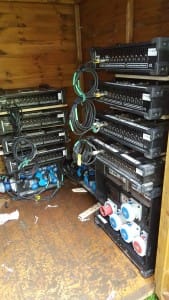 We also had to light the water rill which meant installing very discrete LED ribbon lights submerged into the rill itself. The rest of the garden would be illuminated by the reliable Hunza outdoor lights which are discrete, versatile and very effective.

As is usual with the most prestigious flower show in the world, the build is frantic with a limited space to work in, the looming deadline and of course, the rain! Whilst there are various companies working on the garden all at the same time, it’s a team effort with one goal; to create the best garden at the Chelsea Flower Show.

Our work took two weeks with careful planning and some last minute changes to accommodate the garden being landscaped at breakneck speed. We had special permission to stay late one night to set up the lighting so that it looked its best for the gala night and various corporate evenings and then our work was done. 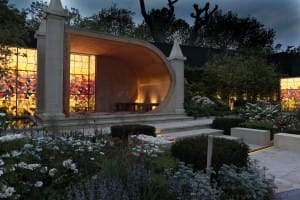 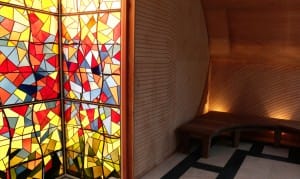 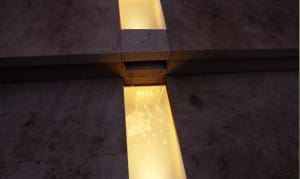 The garden was judged and awarded a silver medal which in some ways was a surprise but in other ways, probably about right. However, the RHS People’s Choice award was up for grabs and given the design and impact our garden offered we hoped to clinch probably the most cherished accolade at the Chelsea Flower Show. After two days the public voted and the award was presented live on BBC 2 to Matthew Wilson, yes, our garden won the RHS People’s Choice Award!

Whilst it was a superb design by Matthew Wilson and an all-round team effort, we like to think that we made a huge contribution in the process to this year’s garden and are very proud to say that we played a major part of the People’s Choice Award 2016. 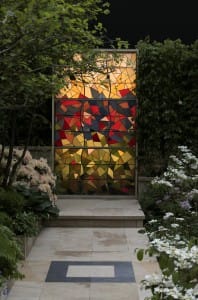 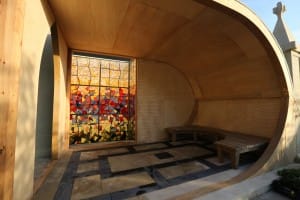 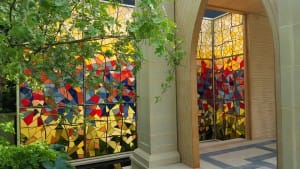 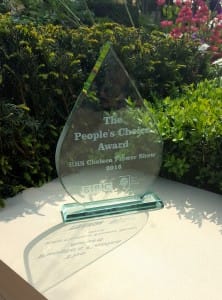